For close to three decades, environmental scientists, activists and business leaders have struggled with issues of atmospheric pollution and climate change. A consensus grew that there needed to be viable alternatives to fossil fuels that would power economies while preserving clean air, water and land. Biomass was identified as one such energy source and — not long thereafter — technology provided the means to the end: anaerobic digestion biogas production. With biogas, not only can vehicles be fueled, but entire communities can receive electricity. The most promising aspect of this is that there are no biomass shortages on the horizon.

How Does the Process Work

In fact, anyone who piles compost in the backyard is aiding and abetting anaerobic digestion. When oxygen is absent from biodegradable materials, a series of physical and chemical reactions occur whereby the decaying matter is broken down, releasing biogas that contains methane, carbon dioxide and — in lesser portions — nitrogen, hydrogen and carbon monoxide. According to the American Biogas Council, three bacteria are active in this sequence of events:

What Happens after the Biogas Is Collected?

The U.S. Environmental Protection Agency (EPA) describes the gas produced by the anaerobic biogas digester as directed toward a facility for further treatment or, if usable as is, to a vehicle or machine designed to run on biogas. Additional processing helps to extract surplus moisture for the purpose of combustion. In other cases, too much hydrogen sulfide is evident in the gas. This compound is corrosive to the storage and combustion vessels so it, too, must be extricated.

What Is in Biomass?

That anaerobic biomass that undergoes digestion — also known as substrate — can consist of a variety of organic matter. Ideally, an anaerobic methane digester should process substrate that generates the most and purest methane. One excellent substrate is livestock manure. Waste management long been a bane to farmers — and a noxious annoyance to those who live nearby. When processed through an anaerobic reactor, what was once surplus fertilizer is now a potent source of heat and electricity by means of anaerobic methane production. Moreover, the remaining ash can nourish the soil sometimes better than raw manure.

Another profitable substrate is, yes, wastewater. A rising number of water treatment facilities incorporate an anaerobic digester wastewater design. Here, the water is separated from its solid contents, which are then subject to anaerobic sludge treatment. Once the waste is decomposed and the biogas released, the gas is utilized to provide heat for the plant’s boilers. Sometimes, the biogas contains contaminants which must be scrubbed, per EPA guidelines, before it can be used effectively.

A third instance of substrate employment involves food waste. Anaerobic digestion biogas production is easily applied to fermenting foodstuffs, shells, rinds, peels etc. These things are easily accessible and high in organic matter. Best of all, their biomethane releases are plentiful. Research is ongoing to improve the anaerobic digestion of food wastes for biogas production. Such inquiries include the employment of substrate pre-treatment prior to the anaerobic reactor in order to increase the porosity of food waste surface area.

What Happens to the Leftover Material?

As noted above, the ash from the digestion of swine, bovine and poultry manure is in itself a most nutritious fertilizer — minus the far-reaching aroma. Some digested materials are composted, or used for dairy bovine bedding or converted into other matter. In this way, the anaerobic digester cost is mitigated by the efficient use of substrate components. In fact, anaerobic waste is almost a contradiction in terms.

While the jury is not yet in, some research suggests that digestate biofertilizer does best mineral fertilizer when applied to certain crops. In one study that focused on tomatoes, digestate produced higher yields than did minerals. If these findings are replicated, gardeners may be a pregnant market for anaerobic digestate.

The usefulness and relative cleanliness of biogas is now fully available due to anaerobic digestion and its technological improvements. Given increased capacities and more efficient production, anaerobic digester cost grows more worthwhile. Using organsic substrates like animal manure, food scraps, wastewater and sewage, a waste digester generates value and energy from those things formerly cast off as undesirable by-products. In addition, biogas burns cleaner than fossil fuels and requires fewer inputs — e.g. labor, energy — to capture and convert to heat and electricity. It is the surprise renewable fuel.

Do not hesitate to contact us to evaluate all the possibilities. 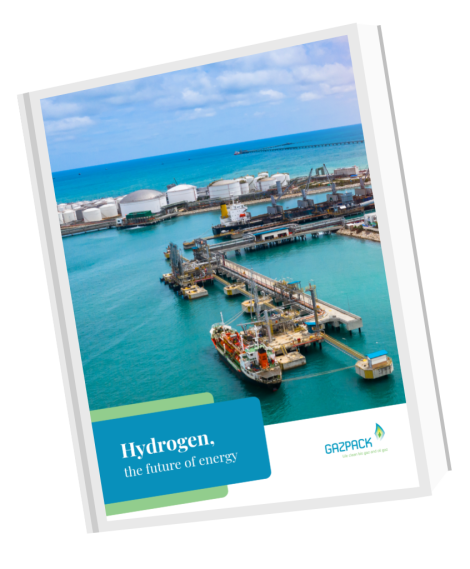